What is Buti Yoga & What to Expect from It 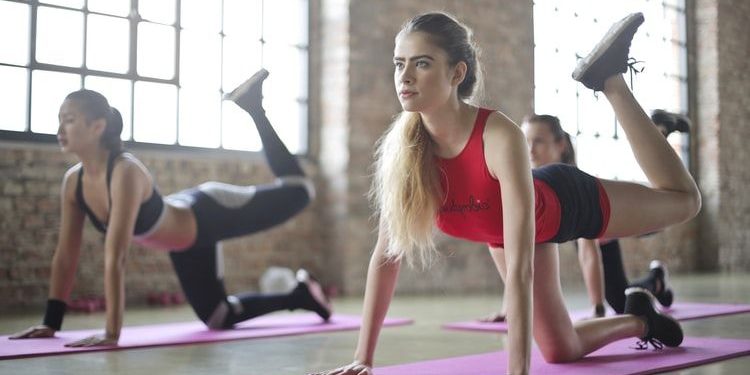 Have you ever stayed awake at night thinking about losing those unsightly extra pounds around your waist?

Here’s an idea worth considering. Imagine a workout routine that combines plyometrics, tribal dancing, and dynamic yoga asanas in a single session. This is now attainable with Buti yoga. Buti yoga is one of the most natural forms of exercise programs developed and practiced for ages by ancient Indian people. In Marathi, a provincial language spoken by people from western India, Buti means a secret or a hidden solution to the age-old problems.

In case you are wondering how Buti yoga is different than regular yoga? Regular or traditional yoga is not designed for a particular gender. It can be performed by both males and females. Moreover, the main purpose of traditional yoga is to reconnect your body with your mind. So, mostly you will find traditional yoga practitioners performing asanas(postures) or sometimes breathing exercises.

Buti yoga is offbeat and also was quite unheard of in the western parts of the world. It’s only lately that a female yoga practitioner “Bizzie Gold” introduced this technique to the west. This yoga is designed specifically for women. Taking their body, lifestyle, and mindset into consideration. Also, with Buti yoga, you are not restricted to asanas or seated breathing exercises. It is a blend of tribal dance, power yoga, and many more high-level exercises.

Where can I take my first Buti yoga class? What do I need to know beforehand?

Just like any other yoga class, Buti yoga too is taught by a certified instructor in gyms, fitness parlors, and studios. Some independent instructors also conduct live classes in a private space like a garage or backyard. Lately, Buti yoga is also trending online. Particularly on YouTube.

As long as the instructor is certified or has a reputation among other yoga practitioners, you can go ahead with the classes. Also, Buti yoga is a blend of traditional Indian dance and yoga, so you will be in luck if you can find an instructor who knows “how to move”.

Apart from that, you don’t need to purchase any special equipment. Just a yoga mat, some workout clothes and a good pair of shoes are enough to get started. One more thing, make sure you are not carrying any major injuries. If you have incurred a spinal injury recently, then it is wise to consult your physician before taking a Buti yoga class.

Who founded Buti yoga? What to expect from a Buti yoga class? 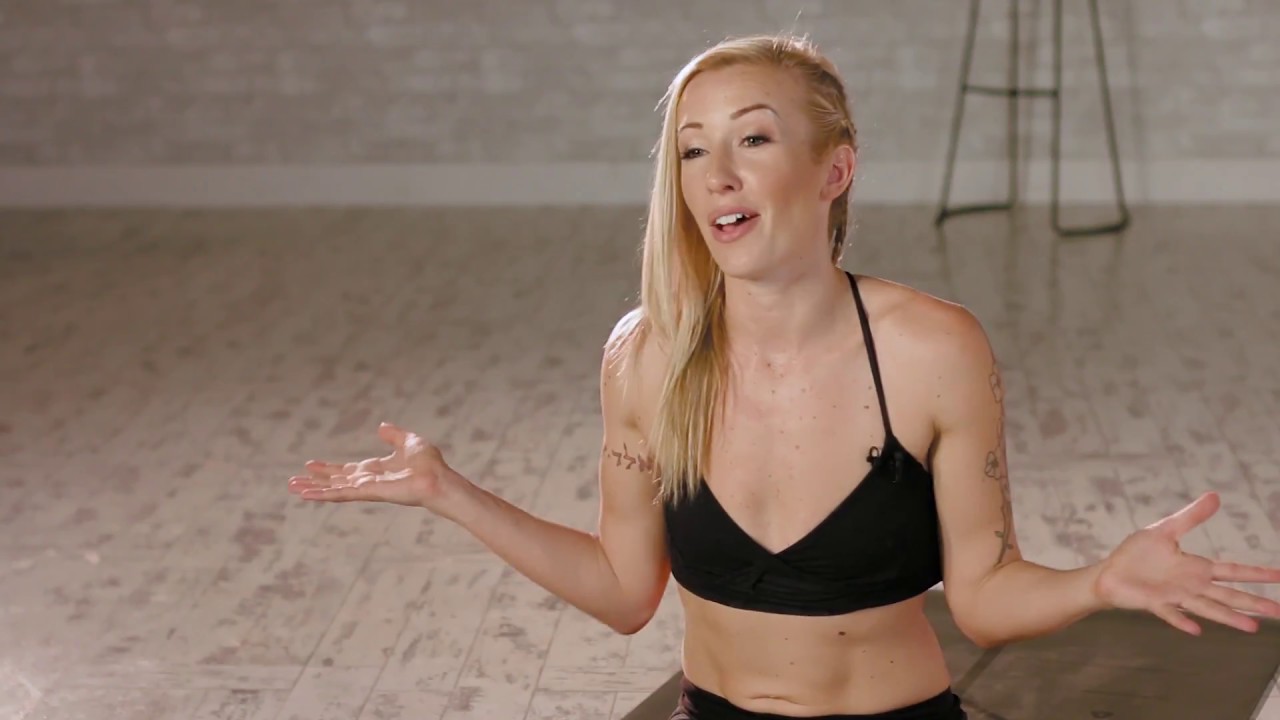 Although Buti yoga is derived from ancient Indian tribal rituals, it is composed and presented to the world by a celebrity fitness trainer Bizzie Gold. Bizzie came up with the idea of mixing power yoga with tribal dancing in the year 2012. Since then, she has trained several Hollywood stars such as Catherine Zeta-Jones, Drew Barrymore and Julia Roberts. Hence, you can expect some amazing results as far as weight loss is concerned.

As already stated, Buti yoga is an intense workout routine that combines several exercises. Mainly it revolves around a strengthening technique for your abdominal muscles known as the Spiral Structure Technique (SST). So, those with belly fat can expect some crazy results within just a month of practicing it.

Furthermore, after attending their first Buti Yoga class, each participant reveals to have had a unique experience. So, we cannot tell exactly how you are going to be feeling after a class, however, like most people, you can least expect an inner transformation(like satori or spiritual awakening) after a few months. According to Bizzie, participants who join the class with an expectation to have a six-pack abs, tend to forget about their fitness goals as Buti yoga is so much more than just a fitness routine. Eventually, they end up having a six-pack anyways.

The key benefits of Buti yoga

It is almost assured that you will lose a ton of weight after practicing Buti yoga. However, unlike other exercises, you will lose weight as a result of lifestyle changes that Buti yoga inspires. It prompts you to eat healthily, go to bed at the right time, attract positive people in your life and make excellent choices.

The workout itself is also quite intense, but weight loss is primarily done by diet and lifestyle changes. It is easy to lose a ton of weight by exercising but to keep the calorie deficit, you need to have a lifestyle that supports your fitness goals. Buti yoga helps you become more mindful and aware of your actions, behavior, and thoughts.

Almost all forms of yoga are considered to be injury-free. In fact, this is the one thing that separates it from other types of exercises. No weight lifting and no harmful supplements. Also, you can begin practicing Buti yoga at any stage of your life. This is not the case with other exercises for women like Pilates or Zumba.

3) Better than joining a traditional gym

Most women who join a traditional gym, either quite after a few months or have to take a long break due to injuries. With weight lifting, there is always a chance of you hurting your back or an important muscle group. But this is not the case with Buti yoga. Besides, there is no competition between participants. You don’t have to worry about racking up a certain number of push-ups or pull-ups. 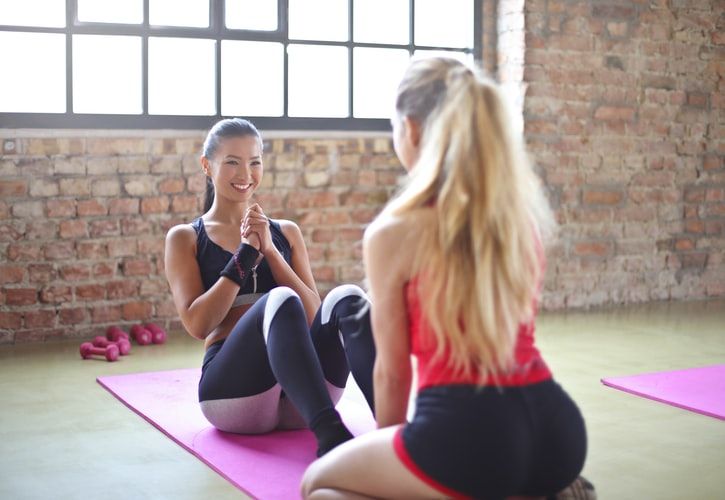 Although Buti yoga was created for women empowerment, most instructors don’t prohibit men from attending the classes as this is an inclusive community. So, you can expect 1-2 male members in a class of 20 participants. Also, biologically, you don’t have to be female, Buti yoga also welcomes men who identify themselves as women.

Apart from that, you don’t have to worry about comparing yourself to men. Fitness classes(like Zumba)–where both men and women practice in the same room–can make a woman feel self-conscious or paranoid. Particularly, if she lacks the athleticism or is not up for the task at hand. This is not the case with Buti yoga classes.

Flexibility is something that only a few people are blessed with. Someone with a background in sports or any kind of athletic activity(like ballet dancing) won’t find it difficult to regain their flexibility(in their late 30s and 40s) but it can be a daunting task for those who were always picked last in the school sports team. Tribal dancing enables these unfortunate women to develop and strengthen the weak unused muscles and tissues in the underused parts of the bodies.

I hope this post helped you understand Buti yoga. Now you will surely be able to manage your expectations before diving into it. Joining a fitness class is always safer and more effective than wasting your time with “fad” diets.

Exercising daily–whether it is Buti yoga or any other form–protects your immune system and raises your metabolism without having to risk any side effects.

So, join a Buti Yoga class and let us know how your experience was. Was it refreshing or the class failed to meet your expectations?

Ellie Marino
Aloha! Like Sophia, I’m from Honolulu. My passions are yoga, writing and blogging about healthy living!
More about us

We’d love to hear from you! Let us know if you have tried the Yoga Burn System and what your experience was like.

You can submit your review with this form: